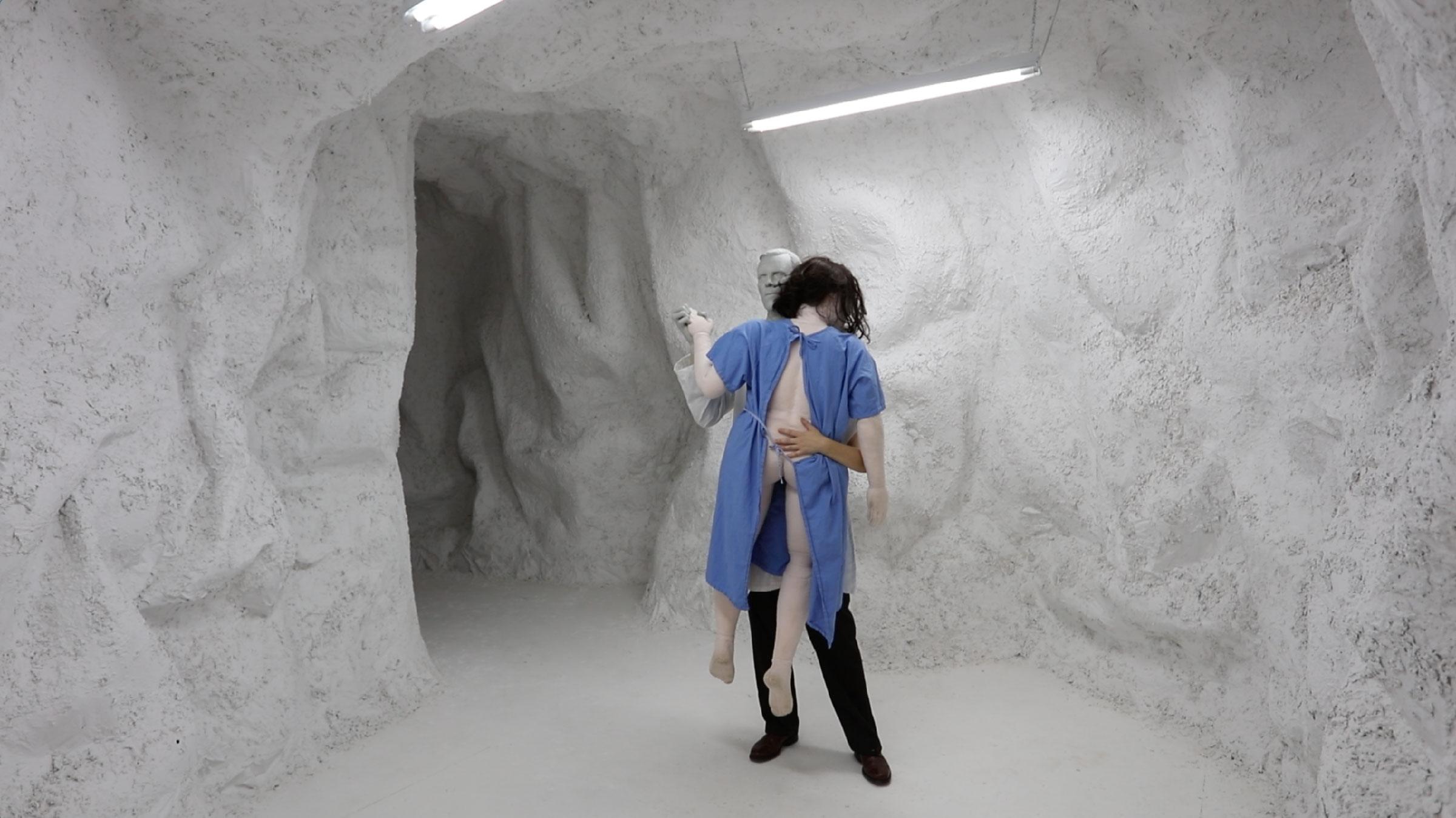 “Sarah Anne Johnson has created an installation depicting a cave in which she will both enact a performance and alternatively place surrogate figures representing her grandmother and her doctor. The active installation has evolved from Johnson’s 2009 House on Fire series and is being shown in conjunction with the exhibition Everything is Connected: Art and Conspiracy, 1969-2016 at the MET Breuer, running through January 6th, 2019.

The gallery space has been transformed into an enormous cave structure with the performance taking place within it. In addition, Johnson has created a series of three small porcelain sculptures depicting her grandmother and the doctor that eerily revolve on their bases. Johnson has previously created several installations and performances relating to House on Fire throughout Canada.

This installation has evolved from Johnson’s House on Fire series, based on a personal family story. In the 1950s Johnson’s maternal grandmother Velma Orlikow sought treatment for postpartum depression and unwittingly took part in the experiments of CIA funded American Doctor Ewen Cameron at MacGill University. Patients were subjected to a series of mind-control experiments including shock and drug therapies and induced prolonged sleep. The effects were permanently disabling to her, and have had a multigenerational effect on the entire family. In 1979 a class action suit was initiated by a group of nine patients, and was settled out of court in 1988.”